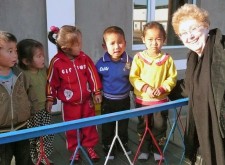 Posted by adminblog / in B4Blessing News, Strategies That Bless / No comments yet

This morning God impressed upon me that we need to pray for Korea. Oh, not that we would somehow be safe from nuclear attack, but that the Korean people would be released to serve Him in power.

A retreat center and prayer garden in a Middle East country that desperately needs a place for Christians to come together and pray. Another in Central Asia that provides the same opportunity. Often the businesses are restaurants and other small businesses serving the people with grace and honesty. The Korean church trains the people who go out in business and mission. There are medical people in China that I have worked with. People who stick through thick and thin. These are the things that the South Koreans have done – faithfully for many years. Their bravery and simple faith is exemplary.

Albania, Land of the Eagles, Ancient Shqipëria: Lets do business

Posted by adminblog / in Albania, B4Blessing News, Blog, Business Principles, History, INVE$TING in the Kingdom, Nora's Adventures, Strategies That Bless / No comments yet 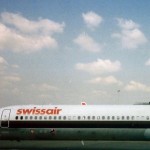 The first time I flew into Albania, the German engineer sitting next to me said, “the plane will circle a couple of times because the runway isn’t really a runway it’s a collection of paving tiles so the pilot has to find the best way to land.” Sure enough, that is what happened. I found myself in the poorest country I had ever seen. Everything was broken, factories were destroyed, nothing could be purchased, not even a jar of jam. The year was 1993 and Albania had just overthrown its oppressive communist government and hoped to have a democracy. Albania was the North Korea of Europe – a Xenophobic dictator, totally closed to the outside world.

Trade: The Conduit of Ideas

Posted by adminblog / in B4Blessing News / No comments yet

Trade is not only the language of love but the conduit of ideas. In our case the knowledge of God.

Last week I was traveling. Unusually I picked up the in-flight magazine and read the catch line: ‘Good things happen when entrepreneurs are inspired by their travels’. The article went on to tell of an Australian coffee business set up to give a fair price to some East Timorese coffee growers who were being exploited. (wildtimorcoffee.com, p 50-51, Jetstar magazine February 2017).

Though not unique in our world, it made me think of the Moravians in Northern Labrador two centuries ago who set up businesses not only as powerful visual aids for their message but to challenge those who were exploiting the local population. (Danker p 75).

Let’s bring the Christian entrepreneur in from the cold and treat him or her with more respect than the size of their credit card. It’s time we learned from those who have trod this path before us that economic activities are of equal validity as educational or medical expressions in mission ( Danker 139).