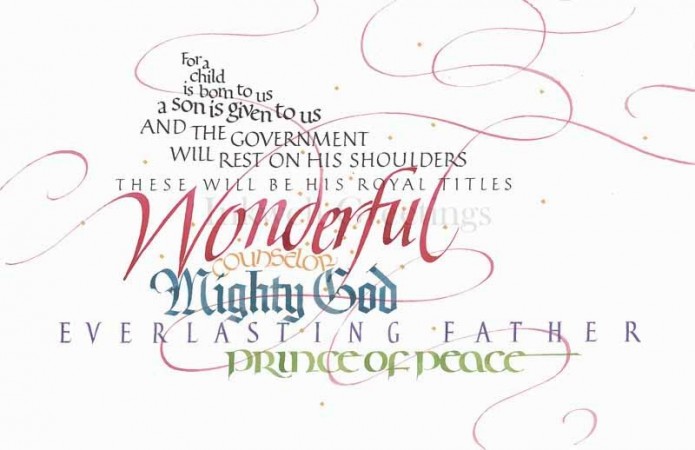 What’s in a Name?

Posted by adminblog / in Blog, Nora's Adventures / No comments yet

Wonderful, Counselor, Mighty God, Everlasting Father, Prince of Peace…all names of Jesus as recorded in Isaiah 9:6. In Matthew 1:21 an angel appears to Joseph and tells him to name the baby “Jesus.” John records that Jesus himself said he was the great I AM – the ever-living God in the flesh.

What’s in a name? The names of Jesus tell us a lot about him, His ministry, His character how He interacts with us. What about you and me? What about our names? How do people know about us by our name?

As a little girl my family called me Tootsie. That was my name. I was never called any other.

At the age of 5 I started to Kindergarten. It wasn’t far from my home so the neighbor kids who were a bit older walked me to school that first day. When the other kids in my class asked me my name, I told them it was Tootsie. They laughed and said Tootsie wasn’t a real name so my name couldn’t be Tootsie. Even the teacher wasn’t much help as she was also wondering what my name was.

I was shocked. Who was I? What could possibly have happened that I didn’t have a real name? I ran home crying and asked my mom, “What’s my name? The kids say it can’t be Tootsie.

My mother told me that my real name was Nora Lou. That was the first time I heard my real name. I was named Nora after a friend of my mother and Lou after my aunt. I didn’t much like the name Nora growing up since it was strange and no other kid I knew had the name of Nora.

Years later when I moved to Albania I learned that Nora was an Arabic name, well known in Muslim countries. It means “Peace”. I knew then that God had actually named me because I hoped to bring the peace of Jesus to Albania. While living in Albania I heard the story about Nora of Kelmendi–a beautiful woman whom the Pasha wanted for his harem. Her family wouldn’t give her to him so he declared war on the highland Albanian tribes. One night, to end the war, Nora snuck into the Pasha’s tent, pretended to give him what he wanted, and then killed him with her dagger. It sounds like the biblical story of Jael and Sisera (Judges 4) doesn’t it? I liked that story about giving freedom and peace to the Albanians. It always amazed me that this name that I did not appreciate growing up, had a purpose in God’s plan. When I go into a Muslim country, even the people at passport control comment that my name means peace. They seem surprised that an American woman has such a name.

Christmas is a time of peace. We hear stories about WWI and WWII when the fighting stopped on Christmas Eve while a carol was sung. But today it doesn’t seem to be so. We hear more about terrorism, killing and fear. But we know the only real peace is through Jesus. He gives us the strength and courage to share His love in the face of cruelty and terror. 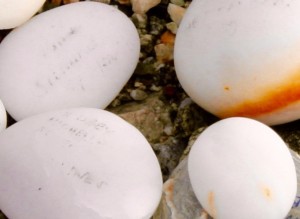 I learned that I have another name too. It’s a name that I don’t know yet, but it’s written on a white stone and given only to me because I am victorious (through Jesus, of course), Revelation 2:17. Imagine a personal name, only known to me – Jesus’ special name for me. It won’t matter what the other kids think. It’s my name given to me by Jesus.

My parents’ pet name for me was Tootsie. No one calls me that anymore, not even my mother. But the name Jesus has for me will be mine through the ages. The special name He gives to each one of us who know Him and trust Him to bring us to a life that serves Him in victory.

May the thought of your special name, given to you by Jesus, bring you His peace at this Christmas time.